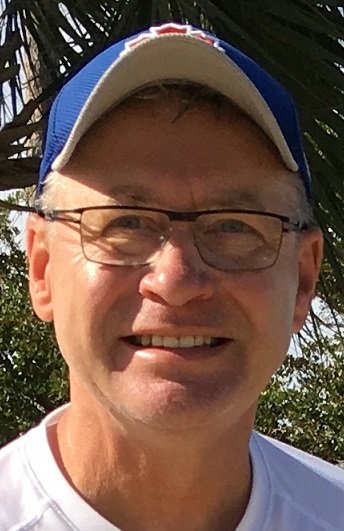 Born October 17, 1952, Daniel (Danny) Terry Kowbuz passed away peacefully in his 65th year at Lakeridge Health Oshawa on December 7, 2017. Son of Vera and the late Norman Kowbuz. Brother to Ron and Diane (Finch).

Danny was the devoted husband and best friend to Barbara (Cole) for 34 years. He was a wonderful and loving father to Amy and Amanda and son in law, Justin Azzano. Later, Danny became a proud, “Gramps” to Nate, Ella and Ben. He loved his role as a grandpa and was so happy to have some more kids in the family to laugh at his “Dad” jokes.

Danny was passionate about education, working as a teacher for more than 40 years with the Peel and Durham School Boards. He was able to connect with his students with ease and felt a great satisfaction coaching and mentoring children.

He also enjoyed sports of all kinds, especially baseball, hockey and tennis. He was an avid supporter of the home team, whether it was watching his grandchildren on the sidelines or cheering on the Toronto Blue Jays or Toronto Maple Leafs. He enjoyed listening to country music, being outside working in the yard, and loved apple pie. Above all, his greatest accomplishment was his family and he was his happiest doing anything with them. He will be greatly missed by everyone that knew him.

In his memory, and in lieu of flowers, it was Danny’s request that donations be made to Sick Kids Hospital if desired. Memories may be shared at www.destefanofuneralhomes.ca