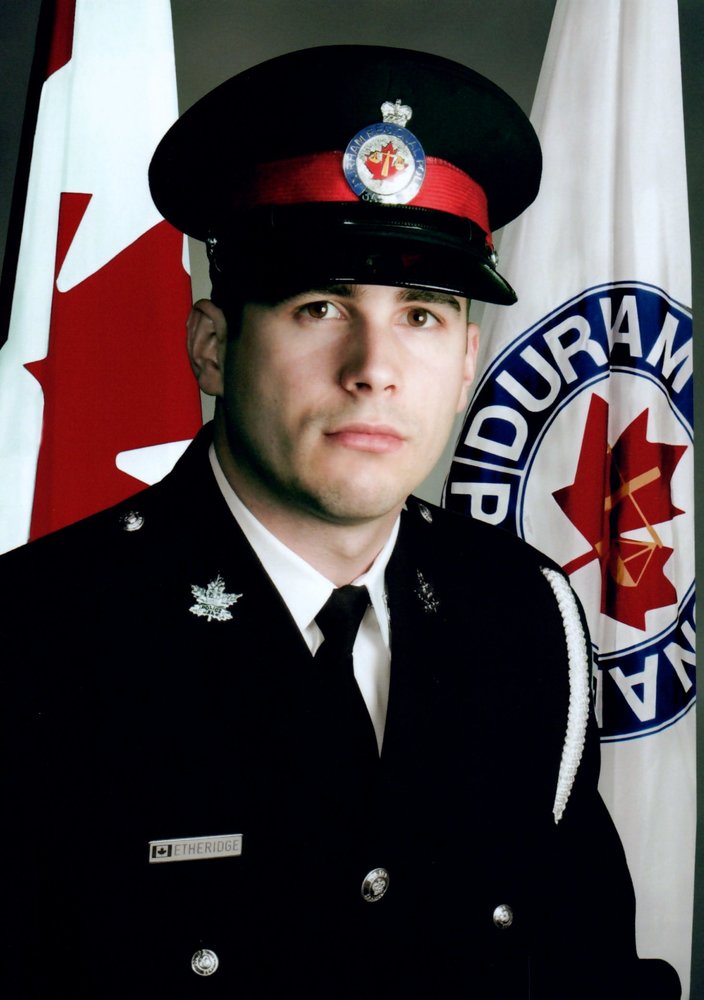 It is with shattered hearts that we announce the death of Craig Matthew Etheridge at the age of 39 years after a 15 month battle with Acute Myeloid Leukemia. Born June 22, 1978 in Baddeck, Nova Scotia.

Craig will be forever missed by his wife Juanita Etheridge (nee Sloan). Broken hearted are his mother, Cheryl MacLeod and step-father, Carl MacLeod, of Middle River, sisters, Jillian (Thai) MacLeod and Haley MacLeod, both of Ottawa. Back home in Cape Breton with broken hearts he leaves his grandmothers, Evelyn Etheridge and Marie Delaney, aunts, Brenda and Margie, and an abundance of cousins, aunts and uncles, and friends who are as much family as blood. Craig also leaves his puppies, Karma and Jakes. Craig was predeceased by his father, Dwight Etheridge, and grandfathers, Harry Etheridge and Ron Delaney.

Craig attended Saint Mary’s University in Halifax where he received his BA, majoring in Criminology and minoring in Psychology, and was 11 courses into his 16 course Masters of Psychology, where he had a perfect 4.0 GPA until his Leukemia relapsed.

Craig was a proud and highly respected police officer with Durham Region Police Services, where he served as Detective Constable, and will be missed by all who knew him. Craig was also a travel agent, adding fuel to the fire that was his passion of traveling. Craig travelled the world seeing over 35 countries and islands.

A Funeral Service will also be held at the Farquharson Memorial Presbyterian Church, 1948 Cabot Trail in Middle River Nova Scotia on Monday June 11th at 2:00pm. Graveside burial to follow.

In lieu of flowers, in memory of Craig, donations may be made to Princess Margaret Hospital, SickKids Hospital, or an animal rescue of choice. The family asks that you become a regular blood donor, and consider becoming a stem cell and organ donor.

Memories may be made at www.destefanofuneralhomes.ca