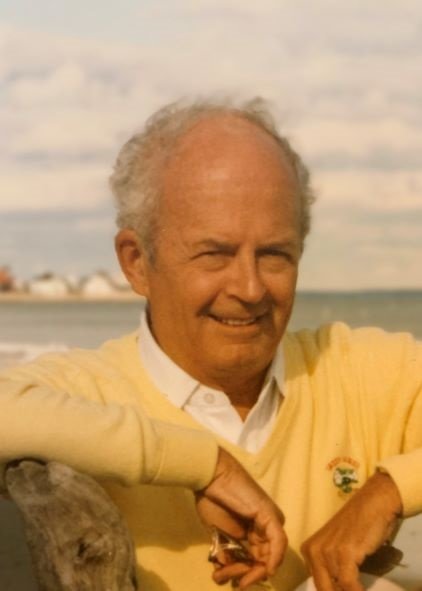 Passed away peacefully on October 4, 2020 in Oshawa Ontario. He leaves behind his loving partner and best friend Juanita Simmons. He also leaves behind three sons and one stepson whom he each had a special and unique bond with: Bill (France), Doug (Sharon), Ross (Julie), and Patrick (Julie).  Also, Bill leaves behind his brothers and best buddies Gord (Mary-Ann-deceased) and Don (Joan-deceased); nine Grandchildren and three great-Grandchildren.

Bill joins in heaven his late wife Yolande, stepchildren Ronald Jr. and Robert Gibbs and his first wife Jeanne (mother of his children).

Bill was born in Hamilton Ontario, graduated at U. of Toronto in medicine (GP & Surgeon) in 1948. His career as a medical practitioner started in Toronto where he married Jeanne Daigle, built a beautiful family and moved to Asbestos Quebec in the Eastern Townships. As life goes, he and Jeanne parted ways and he accepted a corporate position at Johns Manville in Denver and lived there for six years. In 1979 he married Yolande Rondeau and lived a few years along with sons Ronald Jr. and Patrick. They then returned to Canada to live in Mississauga for 14 years. Wanting to be closer to their children and grandchildren they decided to move to Brockville where they had fun golfing and curling together. Unfortunately, Yolande took a turn for the worse and passed away in 2004. Several years later he met a remarkable woman by the name of Juanita Simmons. Their relationship grew while curling, reading and enjoying each other’s company. In his later years, Bill went to live with Juanita in Oshawa where they continued to curl and enjoy life together. Their loving relationship and Bill’s positive outlook on life were largely responsible for his living a long and fruitful life until the age of 95. It should be mentioned that the generous care Juanita lovingly gave him in his last few years gave him a few extra years.

He was a gentle soul who valued knowledge, friendship and who espoused intoxicating joie-de-vivre. He took great care to ensure that we all would maintain our strong family values so that each member would be there for each other. Those who knew him would be quick to note the twinkle in his eyes and the spark of mischief that could lay underneath. He had one of those looks that made you feel as though he could see right through you and really know you.

He was an incredibly good man, was passionate about reading, doing crossword puzzles and spending as much time as possible with family – all of whom are incredibly grateful for the last zoom celebration, bringing together all the family for his 95th birthday in June, 2020.

The family would like to thank the Oshawa palliative care services and the Oshawa General hospital for their care.

A celebration of life will be held at a later date with family and close friends.