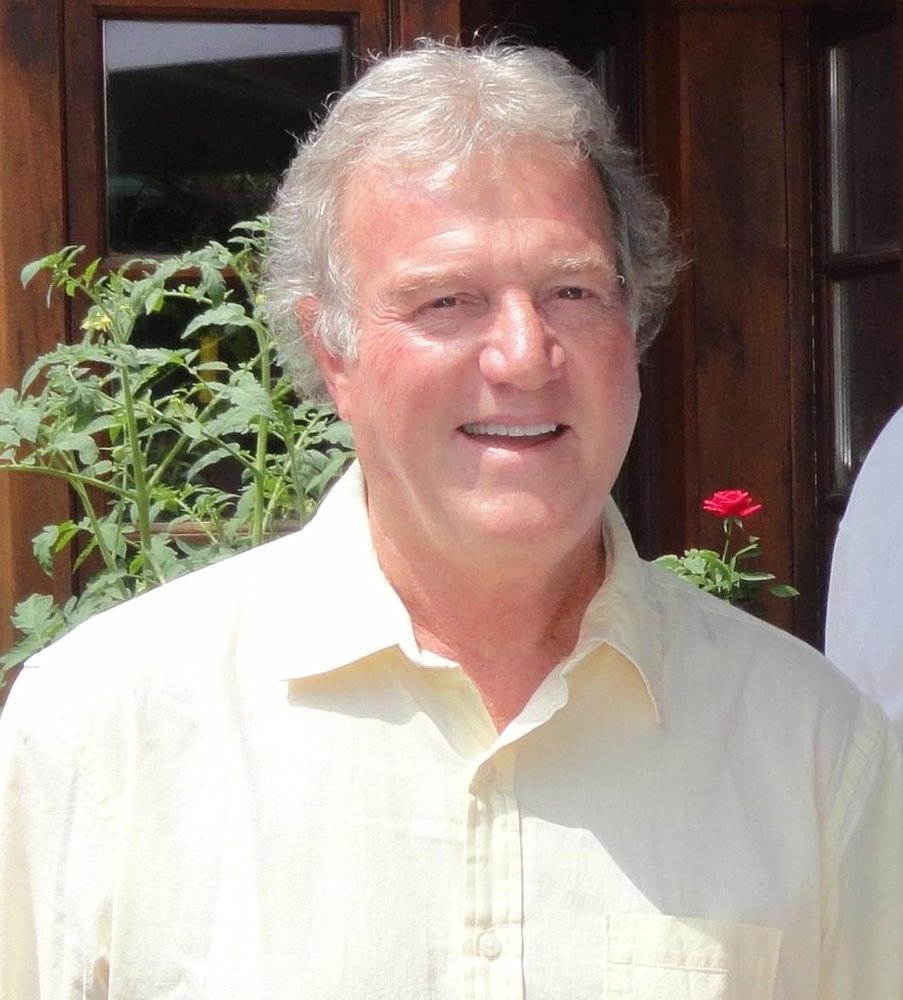 Jim was born in San Francisco and grew up in Sunnyvale with his sister Rosemary and brother Chuck. He graduated from San Jose State and joined the army, where he learned to fly. He left the army in Germany as a captain, with a Distinguished Flying Cross in his pocket. Jim took the long way home, travelling through the Middle East, Far East and Australia. Once back in San Francisco, he earned his master’s and teaching degrees. He soon put those to use as a geography and science teacher in Oshawa, where he also coached the basketball team to a provincial championship win.

After a few years, Jim left teaching to set up his own company publishing lifestyle books, magazines, musical CDs, and a series for the US Olympic Committee. He started wine and beer magazines, which led to the founding of the Canadian Wine Awards and Canadian Brewing Awards. Winemaking was a long-time passion of Jim’s, and he met his wife Linda while teaching a wine appreciation course.

Jim loved cooking for friends. He raced cars at Mosport. He built his dream home in Pickering, and embarked on his last big project, Falcon Brewing Company, in Ajax.

Jim had a life filled with adventures and achievements, but his son Kent was his pride and joy. His family meant everything to him. He was a loving husband and father, a devoted brother, a fun uncle to Ingrid and Lisa, and a great friend to all who knew him. He passed away peacefully at home, with his family by his side. His passing will leave a hole in the hearts of many.

His family sends their gratitude to the lovely and tireless staff at Lakeridge Health. In lieu of flowers, please send donations to the Lakeridge Health Kidney Care Clinic.