Sign in
Recommend Jackie's obituary to your friends
Send Flowers 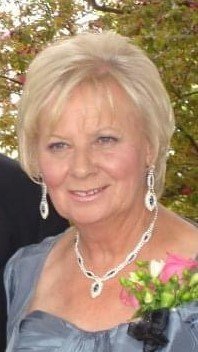 Jackie Melville, 73, passed away peacefully at Southlake Regional Health Center on Friday, April 2 with both her children by her side. Eldest of three children, Jackie was born and raised in Toronto, Ontario by her mother Florence Moroney. At the time of her death she was living in Barrie, Ontario.

Jackie was a loving and devoted wife and mother. She had a longstanding career at Colgate Palmolive for over 28 years, retiring in 2010.  Jackie never liked to sit still. She enjoyed gardening, spending time with family and friends, and loved to travel, even if just locally, whenever given the chance.  For Jackie, her family always came first before anything, and anyone who knows Jackie, knows this.  Once grandchildren came along, they had her smiling from ear to ear. All 5 grandchildren have many special memories spent with Grama, and will miss her immensely.  Jackie spent many years at the East York and Scarborough Curling Clubs alongside her husband Fred whom she was married to for 49 plus years.  She was either curling or an active participant in the many social events. Jackie also accompanied Fred on the golf course and they especially enjoyed attending Bingo together.   During Fred’s battle with Cancer in 2020, Jackie was adamant that she be his caregiver and provided top notch loving care right up until the end.  Jackie was a very strong and independent woman, known as a “fighter” who many of us have looked up to over the years.

Jason and Kristin would like to thank all of their family and friends for their incredible support over the past couple of weeks, it has meant so very much to them.  They would also like to thank the amazing teams in the CVICU and Cardiac Surgery units at Southlake Regional Health Center for the incredible care, communication and compassion they provided during their mother’s care there.

Please visit this page on Friday, April 9th at 3:30 pm to join the livestream of Jackie's Celebration of life.