Sign in
Recommend William's obituary to your friends
Send Flowers 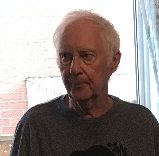 Please share a memory of William to include in a keepsake book for family and friends.
View Tribute Book

William Francis Westcott, beloved husband, father, brother, uncle, grandfather, and friend to many, passed away peacefully on May 15, 2021, at Lakeridge Health Oshawa. Bill was fighting injuries from a brain bleed and a recent heart attack.

Born in Montréal on December 18, 1937, Bill moved to Ontario at the young age of 16. There, he studied to become a teacher, and later, a principal. For 32 years, he taught in Ontario’s Catholic school system, providing high quality and caring education for the youth in his classrooms and schools. He was incredibly committed to his students, and never let a student go without food, water, or a coat. Bill understood that a good learning environment led to better outcomes for his students—he stopped at nothing to foster learning and happiness in his schools.

A devout Catholic, Bill believed in God no matter how difficult life became. He always saw God’s grace in the people around him and treated those around him with respect and tolerance. He was a regular at Sunday mass and raised his kids to follow Jesus’ example. But more than that, Bill was an open-minded and tolerant man. He loved and accepted everyone around him for who they were. No matter who you were, where you were from, or what led you to him, Bill had a place for you in his home and at his table. Anyone in his home would be fed, housed, and cared for. Countless dinners, barbecues, and gatherings were held in his favourite backyard and kitchen. He was a gifted chef. His holiday turkey dinners brought the whole family together.

Bill married the love of his life, Brenda, in 1993. They were married for 27 long and happy years before Bill was called home by the lord. Together, they travelled the world, raised two boys, cheered for the Maple Leafs and Blue Jays, and built a prosperous life together. It would simply be impossible to explain just how true and passionate their love was—and remains today.

Bill raised two sets of kids in his life. First came Ray (b. 1966) and Neil (b. 1967), followed later by Ben (b. 1995) and David (b. 1996). He taught his boys to be kind, respectful, and courageous. He encouraged them to explore the world, strive to reach new heights, and care for the people they met. They could not have asked for a better father. Beyond his own children, Bill also greatly loved his grandchildren, Emma and Douglas, and a new grandson on the way in China. He was an uncle to dozens, all of whom were his pride and joy just as much as his own kids. Family was everything to Bill.

Bill was a devoted brother. Though he left Montréal at a young age, he never forgot his brothers, sisters, and beloved mother. His family is survived today by his older sister Leona, who he loved and cared for very, very much.

Toward the end of his life, Bill was devoted to caring for his family. He always ensured the boys were ready for school. He would cook for everyone and clean up the house. He opened the pool every spring and closed it every fall. He kept his front lawn in pristine condition. He was always there for hockey games, baseball games, skating competitions, school events, and family gatherings. His family and friends were truly his world.

Bill has been reunited with his family and friends in heaven, many of whom have waited patiently to reunite with him. Though Bill’s time in this world has come to an end, we take peace in knowing that he is in a better, happier place with happiness we can only imagine.

Bill, we love you. You will be missed for the remainder of our days in this world. Until we meet again, rest in paradise knowing that you did it all and accomplished so much. Truly, we have a new guardian angel.

10:30 am - 12:30 pm
DeStefano Funeral Home
1289 Keith Ross Drive
Oshawa, Ontario, Canada
Due to current restrictions, the visitation is limited to those invited by the family. Thank you for your understanding.
Need Directions?
View Map | Text Directions | Email Directions
Thursday
20
May