Sign in
Recommend Warren's obituary to your friends
Send Flowers 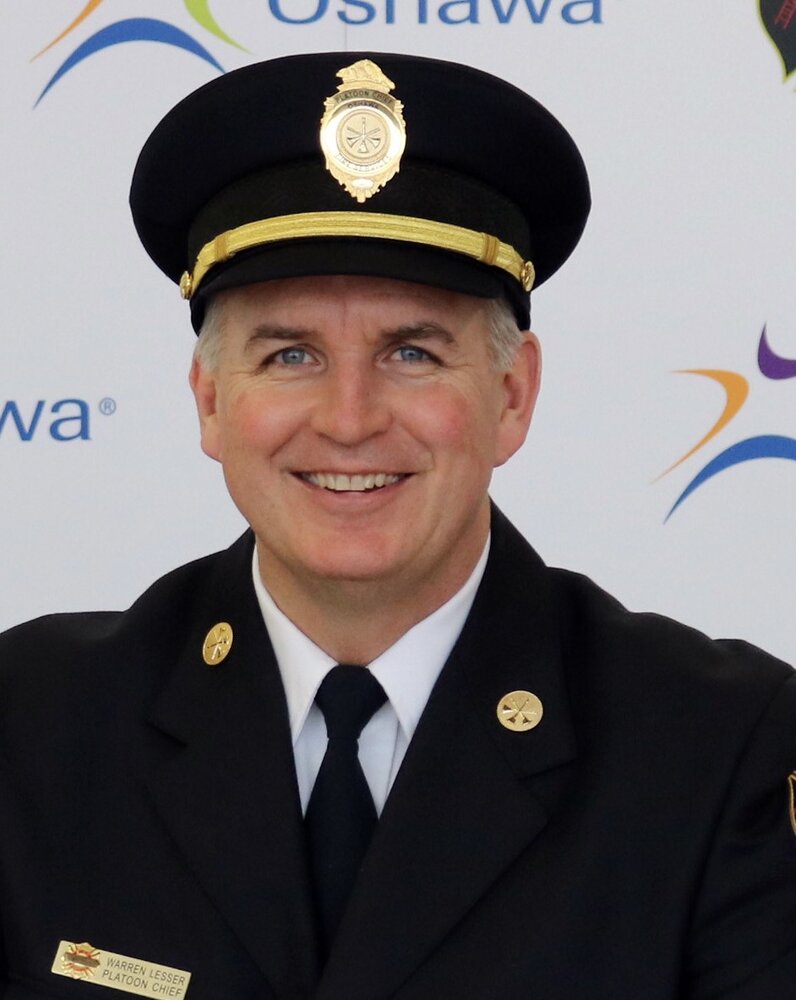 Please share a memory of Warren to include in a keepsake book for family and friends.
View Tribute Book

Warren Lesser passed away peacefully October 8, 2021 with his daughter Jordyn and wife Michelle lovingly at his side.

Warren was born in Toronto in 1967 and his family moved to Oshawa soon after.

Warren will be dearly missed and held forever in the hearts of his wife Michelle (Alston) and his most proudly held daughter Jordyn. He leaves behind his sister, brother and their spouses; Shari and Brian Brideau and, Ryan and Jackie. He is predeceased by his mom Roberta and survived by his father Alfred (Jo-Anne). Warren will be missed by his in-laws Patrick Alston (Audrey) and friend Sandy, and Kathy Alston. Predeceased by his beloved in-laws Peggy and Doug McLaurin. Survived by nieces and nephews, Janine (Phil), Diana (Josh), Erica, Nathan, Remy, Meagan, and great niece Claire. Also by many Aunts, Uncles and Cousins in the Alston, Tate and Richards, Lesser, Parker and McLaurin families in Canada and USA.

Friends were family to Warren as well. Many will miss him, including John (Chris), Diane (Len) and Brian (Linda). Also by many school and life-long friends including Scott, Chris, Mark, Garry, Andrew, Cathy and LoriAnn.

He is greatly missed by his work-family both active and retired members of the Oshawa Fire Department. Warren was Platoon Chief on 2A. He had a successful, life-dedicated career for over 32 years.  He was honoured with the Fire Fighter of the year award in 1993.

Warren enjoyed golf with friends and in the past with Doug and Peg. He played baseball with the OFD team. His favourite sport was hockey; as a teen he played AAA and currently was a player with the OFD hockey team. As a member of the OFD team he attended and they won the Police and Fire Games in Colorado in 1993 and the Can-Am games in London in 2004. Warren was a hockey referee for decades and dedicated the last few years to the OWHL.

In his teens Warren modeled in catalogues and newspapers. Being a member of ACTRA he acted in commercials, and as an extra in a movie and TV series.

He had a love of music. He played drums from when he was a young boy. He was in many small local bands. Starting with his school band at Eastdale CVI and including the recognized Little Cesar and the Consuls. He had the opportunity to play at concerts where he met nationally known bands. When not in front of the kit you would have found him playing air drums, and quit notably, to a most favourite 80’s tune. Warren’s favourite band is RUSH, he attended at least 25 RUSH concerts.

Visitation will be held at the DeStefano Funeral Home 1289 Keith Ross Drive Oshawa (905) 440 3595 on Wednesday October 20th from 1:00pm – 3:00pm and 6:00pm – 8:00pm. Funeral Service, officiated by Rev. Michelle Robinson of Westminster United Church, will be held in the Chapel on Thursday October 21st at 1:00pm. Interment will follow at Thornton Cemetery.

If desired, memorial donations, in memory of Warren to the Westminster United Church, Whitby or Hearth Place, Oshawa would be appreciated.

For those that are unable to attend the Memorial Service in Person; please follow the link below to view the livestream of the Service

1:00 pm
DeStefano Funeral Home Chapel
1289 Keith Ross Drive
Oshawa, Ontario, Canada
Due to COVID Restrictions, we ask that you may select to view the service via our livestream as capacity at the Funeral Home will be limited.
Need Directions?
View Map | Text Directions | Email Directions
Thursday
21
October