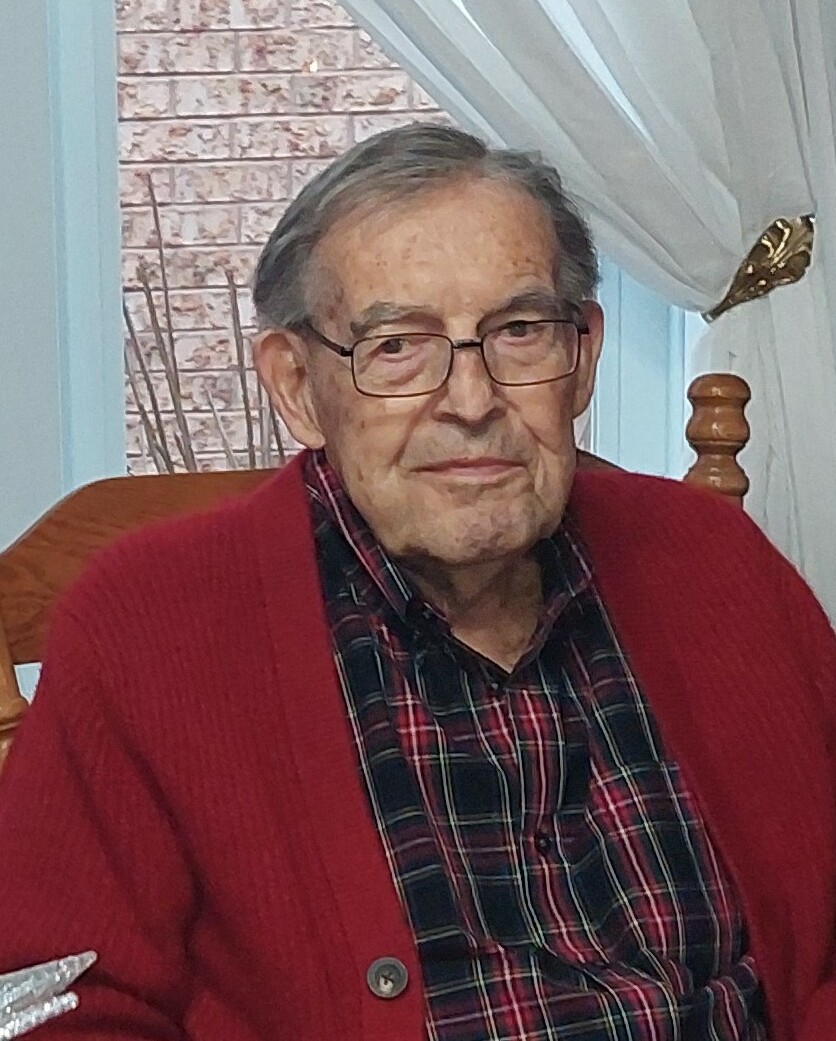 Please share a memory of Jack to include in a keepsake book for family and friends.
View Tribute Book

Passed away peacefully at Lakeridge Heath Oshawa on Sunday February 27th, 2022 at the age of 95.  Beloved husband of Doris. Loving father of Julie (Richard) and Wallace (Lisa). Cherished Pa to granddaughters Fiona and Miranda. Brother of the late Helen (Oldham) and Jim, and son of Vincent and Hilda (Gorrell). Will be lovingly remembered by numerous family and friends.

Born and raised in Brock Township, Jack left the farm to work briefly in a lumber camp in Eastern Ontario. Around the same time a blind date sparked a relationship with Doris that would last a remarkable 69 years. In a period when most men held one job for life, he was a true Jack of all trades, going on to work at General Motors in Oshawa, in the family-owned Beaton’s Dairy, in a menswear store, as manager of the Whitby Curling Club and, in later years, as a self-employed (and much sought-after) painter and decorator. A skilled baseball player in his youth, as an adult Jack became an avid curler and shared his love of sports with youth in the community as a volunteer hockey and baseball coach. He was known to still put on a pair of skates into his early 80s.

A private cremation has taken place. A Celebration of Life will be held at the DeStefano Funeral Home in Oshawa on Saturday June 18th  starting with visition at 11:000am to be followed by a service and reception beginning at 12:00pm. Interment will follow at Bethel Cemetery in Greenbank, Ontario.

A reflection of his rural roots, Jack always retained a deep love and concern for animals and farmland. So in lieu of flowers, you are invited to make a memorial donation to the Humane Society of Durham Region or The Greenbelt Foundation.

For those that were unable to attend the Service in person, A recording of the service is available by clicking here.