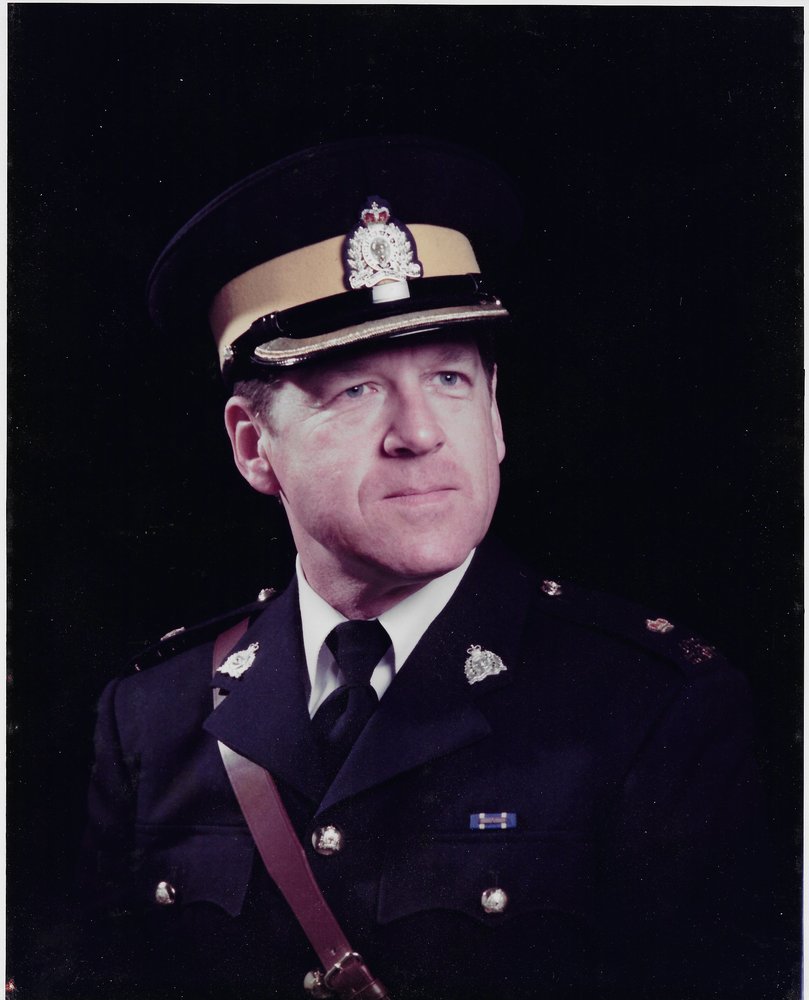 JESSUP, Ronald Edward, Supt. (Ret’d.) - In loving memory of Ron who passed away suddenly on October 8, 2020 at the age of 79 in Oshawa, ON after a lengthy struggle with dementia. Ron was born on February 8, 1941 in Sudbury, ON.  He was raised on a farm in Cache Bay, ON where he gained a passion for farming and the outdoors. Ron joined the Royal Canadian Mounted Police in 1961. He was then posted to Nova Scotia where he spent the next 25 years of his service. During that time he developed a love for Atlantic Canada and its people that would remain with him until his last days. In 1986 he was transferred to Ottawa as a commissioned officer where he held several roles including that of travel protection detail for the presiding Prime Minister, Governor General, and Minister of Foreign Affairs, as well as visiting foreign dignitaries. He also had the privilege of chauffeuring HM Queen Elizabeth II and HM Queen Elizabeth The Queen Mother on respective royal visits to Nova Scotia in 1976 and 1980. Ron retired in 1996 with 35 years of service. He is survived by his wife of 55 years Mary Anne (MacNeil), Oshawa, ON; son Glen, daughter-in-law Heather (White), and beloved granddaughters Mackenzie and Isabel, Whitby, ON; siblings Stewart (Gail), Sturgeon Falls, ON; Scott (Karen), Cache Bay, ON; George (Nancy), North Bay, ON; Judy (Rick) Walker, Sudbury ON; Heather (Ken) Jessup-Falcioni, Sudbury ON; and Ralph (Gilberte) Sudbury ON; and numerous nephews and nieces. Ron was predeceased by his father Milton and mother Doris (Stewart). His family wishes to thank the nurses and staff of Chartwell Wynfield retirement residence for the care Ron received during his final weeks of life. Donations to a local Alzheimer Society are kindly accepted as expressions of sympathy. Internment, Union Cemetery, Sturgeon Falls, ON.