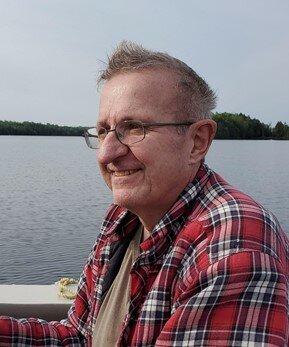 Please share a memory of Karl - Heinz to include in a keepsake book for family and friends.
View Tribute Book

Karl-Heinz Kozole (known by his Austrian family as Heinz) passed away at home after a 3 year battle with pancreatic cancer, supported bravely by his 3 amazing daughters Kyra, Cierra, and Miriam. Along with his daughters, he leaves behind his soulmate of 28 years Charna, his father Karl Sr., his brother, Chris, niece and nephew, Erika and Jonathan, Uncle Fritz, his devoted Uncle Horst (Helen) and his mother-in-law Dolores. Predeceased by his adoring mother Erika, cherished Oma Huber, Oma & Opa Kozole, Tante Melita (Pat), father-in-law Frank, Oma Herta and best buddy Roland.

Karl arrived in Canada at age 2 with his parents, and embraced his new country by choosing to become a Canadian citizen at age 18. Karl had an inquisitive and sharp mind and started his academic journey at the University of Toronto in the late 1970s. He first earned a degree in biology in support of his life-long love of animals, then went on to gain his bachelors and then Master’s of Applied Science in 1988. Karl worked as a professional engineer for over 30 years and earned many mechanical patents. He deeply cherished all of the friendships he formed in highschool, at U of T,  Ortec and finally General Motors of Canada.

Karl’s favourite place was at the cottage which was built by his parents in the 1960s. He went on to share his love of the cottage with his wife, whom he met on a blind date in 1991, and then with his daughters. Karl relaxed at the cottage reading, fishing, feeding the chipmunks and squirrels, and napping with his feline companion Lilly. Thanksgivings were  celebrated  at the cottage with a family boat trek into the Whitestone Lake cranberry marsh, followed by one of Karl’s famous dinner feasts, complete with roast duck cooked in a 1950’s oven to perfection - Karl style. The Kozole family would like to extend their deepest thanks to Dr. Zahavi and all of the dedicated surgeons, doctors, nurses, PSWs that have helped care for Karl. With their healing talents the family was able to take one last family-trip to Austria in December 2019 to visit Karl’s birthplace, Steyr. His family will treasure the memories made on that trip and the lifetime shared with a special husband and dad forever.

In lieu of flowers for Karl, please share a bouquet with someone you love today or please consider a memorial donation in Karl’s name to the Princess Margaret Cancer Centre. Your support of lifesaving and life extending research would be appreciated.